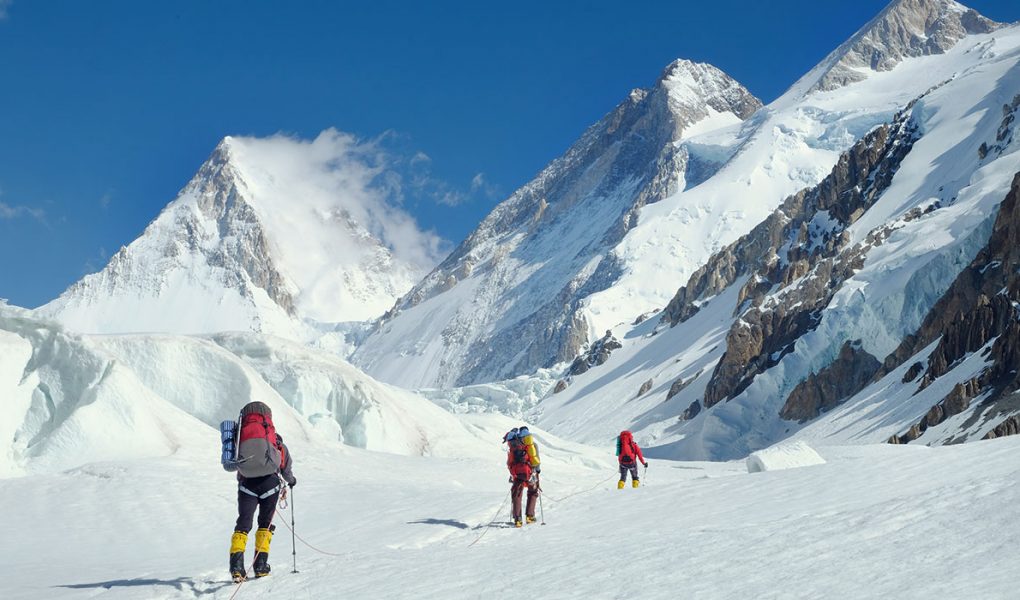 The closest mountain from the skies, Mt Everest, was climbed for the first time by Sir Edmund Hillary and Tenzing Norgay Sherpa. Two climbers, one from New Zealand and another from Nepal, achieved the feat on May 29, 1953, which was impossible before. Ever since that time, the peak has been climbed by many more climbers.

You might want to read the exact number of Everest climbers till the date. Well, we’ll come to that, and everything related to “How Many People Have Climbed Mount Everest” in this blog. Make sure you are with us until the end of the article.

Mt Everest, the tallest mountain on Earth, is not an easy peak to climb. To climb this mountain, you need years of training and experience. The journey is not always successful, and climbers also end up losing lives. Even the most excellent climbers of their times succumb to death on this mountain. When you are in the mountains, it is never a safe life!

But a life without challenges and difficulties is also a boring life for someone who loves taking adventures. Mt Everest has been the ultimate mountain to climb for every mountaineer for a very long time now. A lot of people have climbed it successfully, and some of them have not.

Here, we will talk only about those who safely climbed the mountain and made it back to their homes:

Of all the climbs of Mt Everest, some of them are frequently discussed when it is about Mt Everest. They are as below:

Many attempts were made before the start of 1950, but all of them were unsuccessful. Mt Everest became achievable only after 1953 when Tenzing and Hillary made it to the top on 29 May from southeast Ridge. They were part of a British expedition led by Lord John Hunt.

Following the climb, four successful climbs were done in the 1950s. On May 23, 1956, Ernst Schmied and Jurg Marmet of a Swiss expedition led by Albert Eggler reached the summit. Likewise, one day later, two other climbers from the same Swiss team kissed the summit.

In the 1960s, Everest became every climber’s favorite apple after the successful climbs in the 1950s. On May 25, 1960, Wang, Konbu, and Chu became the first climbers to climb the mountain from North East Ridge. Three years later, Jim Whittaker and Nawang Gombu Sherpa, members of the American Expedition, reached the summit on May 1, 1963.

Likewise, A.S Cheema became the first Indian to climb Everest on May 20, 1965. He was in the same team of the India Expedition led by M.S. Kohli, from which seven other Indian climbers achieved the feat. All in all, 17 successful climbs were made in the 1960s.

At the beginning of this decade, a group of Japanese mountaineers led by Saburo Matsukata tried something different. They were there to attempt Ski Descent from Mount Everest. Thankfully, Yuichiro Miura became the first person to ski down from the summit. However, it is also the time of the 1970 Mount Everest Disaster when eight casualties happened.

Later in 1975, Junko Tabei from Japan became the first lady to climb Everest. Likewise, this decade also experienced the first Mt Everest Climb without supplemental oxygen in 1978. Altogether, Seventy-eight mountaineers were able to reach the summit through the 1970s.

Right in the first year of this decade, something more impossible happened. The two climbers, Krzysztof and Leszek from the Polish National Expedition team, made the first-ever winter summit of Mt Everest exactly on Feb 17, 1980.

It was followed by many successful ascents from various climbers of different nations like Spain, Russia, America, Italy, Canada, Japan, Bulgar, India, Slovak, Norway, etc. According to the Himalayan Database, 180 victorious climbs to Mt Everest were recorded during the 80s.

In the 90s, precisely 3,017 mountaineers approached Everest’s summit, of which only 900 were successful. Of all the climbs during this period, the team of International Peace Climb led by Jim Whittaker was the most notable. Mountaineers across the United States, China, and the Soviet Union came together to climb Everest and ultimately promote peace worldwide.

Alongside, climbers from different countries reached the pinpoint through the 90s. Sadly, it is also the 1996 Mount Everest Disaster when eight mountaineers died due to a snowstorm.

In the first year, 2000, 142 climbers trekked to the top of Everest. Erik Weihenmayer, a blind mountaineer from America, became the first blind person to climb the mountain.

It is also when Yuichiro Miura, aged 70, and Ming Kipa, aged 15 climbed Everest and made history. Likewise, Mark Inglis from New Zealand became the first human with artificial legs to do the ascent. In total, exactly 1988 climbers summited Mount Everest in the 2000s.

According to The Himalayan Database, 2925 climbers made it possible to reach the summit of Mt Everest in this time stretch. The timeline from 2010 to 2020 was full of ups and downs on Everest. This was also the timeline when most casualties happened in a decade; 96 deaths.

Moreover, 2015 ended with no Mount Everest Summit in almost 41 years, thanks to the devastating Earthquake of 7.8 magnitudes that killed 22 climbers. In the books of Everest’s history, the 2014 Mount Everest Avalanche and the 2015 Nepal Earthquake are the saddest incidents.

Due to the worldwide spread of the COVID-19 Virus, no climbing permits were given from both Nepal and the Tibetan side. And the year 2020 became a year without any Everest Summit from the Southside(Nepal) along with 2014 and 2015. However, a team of Chinese surveyors summited the mountain to re-measure the height of Mt Everest.

According to the Himalayan Database, as of January 2019, 5,294 mountaineers have triumphantly climbed Mt Everest. On average, around 700 to 800 climbers attempt to climb Mt Everest every year.

Can I Climb Mt Everest?

To climb the highest peak in the world, you can guess what it requires. You have to be highly experienced at climbing peaks. It is even better if you have already mounted some of the rugged and high alpine mountains. Such experience gives you the expertise and knowledge for climbing Everest.

Alongside, your physical endurance level has to be high, and extreme conditions should be everyday things for you. All in all, you have to be at your best to climb Mt Everest.

What are the Possible Routes to Climb Mt Everest?

The Southern route starts from Everest Base Camp, which stands at 5,380m altitude. It is a commonly followed route to the summit. Likewise, the northern route climbing begins from 5,180 m of altitude. The climbing from the north side is more accessible than the southern side. But each of the routes has different challenges.

What is the Exact Cost to Climb Everest?

The cost of the Everest Expedition is different as per operators. If you go through a local agency, you have to pay around USD 25000 to 45000. But if you want to choose an International agency, the cost can be anywhere from USD 60k to USD65K. The fee covers expenses like permit cost, equipment, transportation, climbing guides, porters, other staff expenses.

Plus, you will need travel insurance for climbing Mt Everest. The insurance can cost around 11k per person. Similarly, the permit cost to climb Everest is USD 11,000 per person. In a nutshell, an Mt Everest Expedition can cost from USD 30k to USD 85K.

How Many Days Does it Require to Climb Mt Everest?

Mt Everest Expedition is usually a two months-long journey. In the two months, you will trek up to Everest Base Camp before starting the climb through several camps and ultimately reaching the top. There are enough acclimatization days to make sure a climber gets enough time to acclimate altitudes.

Likewise, there are flexible days included on the itinerary in the case of unsuitable conditions. Usually, the expedition from the northern side(Tibet) is around 50 days, and the southern side is about 60 days long.

What is the Best Time to Climb Mt Everest?

The best time to ascend Mt Everest is in April and May, the two months of Spring in Nepal. More specifically, most of the successful climbs are done in May, including the first-ever ascent of the mountain. Moreover, the months of Autumn are also good to go for the Mt Everest Expedition.

However, Winter and Monsoon are the two treacherous times for climbing the tallest peaks. The weather and conditions are never sure and highly relentless during these two times. Thus, most mountaineers avoid these two seasons and pick one among Autumn and Spring to climb Mt Everest.